Turns out, "America's neglected 'middle child'" is playing a pivotal role in leveraging technology in the workplace… https://t.co/rHEm1f1Npt 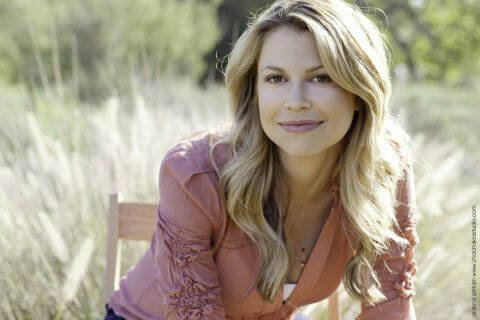 Millennials — aka Gen Y — get trash-talked a lot, but Christine Hassler is spreading the word on how this misunderstood generation is actually pretty awesome.

The Hollywood agent turned speaker, author (“20 Something, 20 Everything,” “20 Something Manifesto” and the upcoming “Expectation Hangover“) and life coach teaches companies how to work with and reach the nearly 80 million Gen Y’ers. She also helps Millennials navigate all the weirdness of their 20s.

“A big part of what I do is bust stereotypes about this generation,” Hassler says. “They get a lot of negative criticism, but they’re also an incredible generation.”

We talked with Hassler to get beyond the stereotypes about Gen Y. Today, she explains who Millennials really are. In Part 2 of this post, we’ll talk more about Millennials at work.

Tell us more about the strengths of Millennials.

They grew up with a new piece of technology happening every six months, so they’re incredible learners. They’re very innovative; they’re very enthusiastic. Sometimes their entitlement and sense of urgency are a good thing, because they can be really engaged workers. They’re huge multitaskers.

The other thing is they’re very, very conscious. They’re very globally aware; they’re more spiritually aware. They’re more understanding, and they think out of the box all the time. They’re really apt to try new things and I think more altruistic than they’re given credit for. They really want to make a difference.

What about their stumbling blocks?

I hear people complain this generation has no respect for older generations and they’re entitled and narcissistic. But the way they show up as entitled and not able to make decisions and not self-starting isn’t necessarily “their fault.”

Most Millennials were very over-parented. We’ve heard the term Helicopter Parenting, but I prefer the term I made up: Cockpit Parenting. It’s way beyond hovering; they’re flying the plane — over-scheduling their kids, being involved in every aspect of their lives and helping to make all their decisions. And so when Millennials go out into the real world, they have trouble making decisions and being autonomous.

The other thing that happened is that parents became friends with their children. They were more kind of peers, so when Millennials show up in the workplace they might call their boss by her first name and expect them to be buddies.

They also grew up hearing “find a job that makes you happy,” and so they have very high expectations when they get into the work force. They were praised a lot as children, and competition was really not encouraged. Everybody was equal.

Why are you particularly passionate about this group of people?

I know how much I suffered in my 20s, because it’s a really confusing time. And today a lot of them are graduating into really tough job markets. The parental thing may feel like a tremendous amount of pressure. And it’s incredibly competitive. They’re constantly comparing themselves with each other and torturing themselves via Facebook, thinking they’re not doing enough.

So I have a lot of compassion for what this generation’s going through. I also am aware that they’re inheriting, pardon my French, a lot of shit: Social Security, an environment that is in a lot of trouble, a changing job market and questionable economy and a messy health care system. They’re going to be responsible for changing a lot. So whatever I can do to empower them and inspire them and help them, I feel like it is my responsibility.

Millennials are so social media-savvy, but are they losing the ability to truly connect?

That’s said a lot, and I don’t think it’s true. In a lot of ways they do connect over social media and create quality relationships there. They also share personal things and reach out for support and feedback from peers. When I put vulnerable stuff up on Facebook or my blog, the response from Millennials is incredible — they feel less alone when they connect over social media. That said, I do see them struggle with some interpersonal skills, such as eye contact and really being able to eloquently articulate themselves. So yes, technology is changing the way they connect. But I don’t know that it’s necessarily a bad thing. It’s just different, but I think we tend to put a bad label on things that are just new and different sometimes.